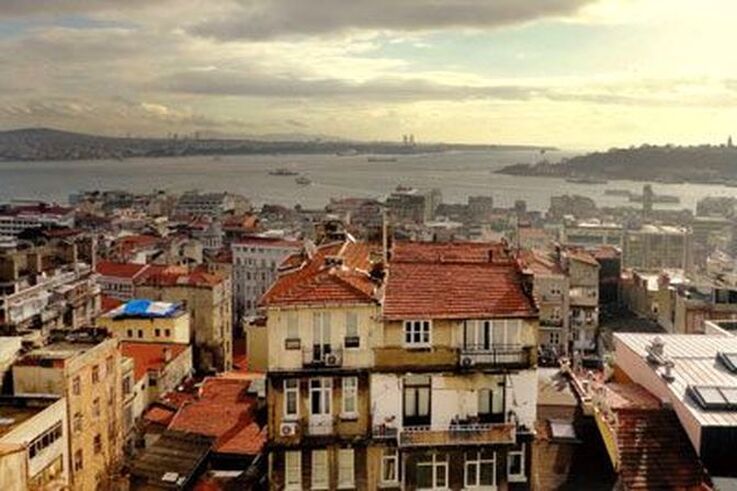 Excerpt from Our Girl
​by Hardy Griffin
​​
My mother is what other women call ‘naturally beautiful.’ I don’t know if it’s because she doesn’t use much makeup that she doesn’t need it or the other way around, but all she puts on is a bit of mascara and lipstick from time to time. Most of my friends’ moms shellac themselves until they have that ‘cellophane mommy’ look. But my mom has managed to avoid that. Other than a few crow’s feet, her pale, olive skin looks good for forty-two.
Talking about mom’s skin isn’t how I wanted to start this notebook, but that’s all that comes to mind as I sit here and watch her sleep, her hair a tangled mess and her mouth slack and open a bit. When I slipped into her bedroom a moment ago with this brand-new notebook and pen, I had some idea I’d see her lying there asleep, both vulnerable and strong as a rock, and I’d be moved to tears, but it’s hard to cry at a healthy adult drooling on their pillow.
She just rolled over. How can she keep sleeping with so much light in the room? I have to have blackout curtains, and even then I never sleep past seven. It’s a nightmare when I stay over at a friend’s house – I’m always the first one to bed. Then I often have to wait for them for hours the next morning.
One time, Aslı and Deniz wrote “Sleepy Dwarf” on my forehead. I had nodded off on the little yellow-striped couch in Aslı’s room, and they grabbed the magic marker off of her desk and scribbled that on there. It took me fifteen minutes to get it off – I had to use nail polish remover. When I finished, I didn’t have any ink on my skin, but my whole forehead was red. Aslı got worried I’d stay that way, but it was basically gone by the time I went home.
I laughed with everyone as the story got re-told at school all the next week. It might have gone on longer but Hülya vomited right at the end of math class on Thursday and we had to leap over it to get out of the classroom. Obviously, that story trumped mine by quite a ways. The next week, Aslı and Deniz only remembered to call me Sleepy a couple of times and pretty soon they had forgotten all about it.
Of course, the three of us came together not long after, this time at my house, and I dozed off early again but only slept well because I had already hidden all my magic markers. When I got up about seven the next morning, I found my friends together on the large fold-out couch in our living room. I went to town, drawing a crescent moon on Aslı’s left cheek, and a star on Deniz’s right. Then I nudged them together and got a picture of the two of them snuggling with the Turkish flag across their faces.
For about an hour after they had woken up and washed it off, we all sat around glaring at each other, their cheeks as bright red as my forehead had been. Then we couldn’t stand it anymore and cracked up. Mom printed out the picture of the two of them and we put it on the refrigerator, but only after we had promised there wouldn’t be any more retribution.
“Mom,” I whisper. How can she sleep with the racket of the birds in the back yard? She doesn’t move. I don’t want to poke the bear, but… “Momma bear,” I say a bit louder.
“Mhmmm,” she grumbles. She cracks one eye and looks at me like I’m furniture.
“Mom, wake up.”
“Okay, I’m up,” she says, pushing herself to a sitting position, her straight black hair hiding her face.

“Don’t stop, keep writing,” she says.
What can I write? Now it’s out there – that’s what this day’s all about. I finally wanted to speak about dad but it seems there’s nothing to say.
“Well, you could start by saying he’s dead. That’s ‘not nothing’ as you’d put it.”
But that’s the thing, it is nothing – he’s nothing. If I’d known him when he was alive, then there would be something – a hole or pain or anger. Mom wants me to get into it but that’s like asking a bushman what it’s like not having a TV your whole life.
“A father’s not a television.” So, she’s still reading this over my shoulder.
In some ways the second-hand TV in the corner means more to me than my father. (Come on, mom, think of the time we spend with it – it’s important in our lives, it has a weight that a man I never met simply doesn’t.)
“It’s ironic,” my mother sighs, “because that’s exactly what he would have said.”
She shuffles back to the armchair and flops into it. This, too, is a tactic, but it works – takes the fight right out of me.
“So, mom, you tell me: How do I recognize the absence of his presence, or the presence of his absence, or whatever you want to call it? Should I act like I’m all cut up?”
“I’m glad you brought that up again after all this time – I just wasn’t ready when you first said it, so I had to wait two years but now you’ve finally repeated it.” She’s so happy I’ve said this that she actually rubs her hands together. “Yes, you should act like you’re upset.”
I can’t help but snort a laugh myself – the way she said it was so full of conviction, like she’d said something really marvelous.
“And why is that, mom?”
“Look, think of the Weasel.” The Weasel is our neighbor. “Haven’t you ever wondered how this woman who’s so sickeningly nice to us got that nickname?”
“I always assumed it was precisely because she’s so sickeningly sweet. Isn’t it like she’s trying to weasel her way into our hearts or whatever?”
“No, that’s not it. Good guess, but no. Babane gave her the nickname soon after we moved in.” That’s actually fairly hard to believe – mom and I are happy to talk trash behind people’s backs but I can’t really imagine Babane doing that. “Oh she didn’t say it behind her back if that’s what you’re thinking.” (How does she know right what I am thinking?) “She came right out and called her a weasel – Babane had just found out the Weasel was going around to all the neighbors complaining about foreigners moving into the neighborhood when you and I came, but of course she was sweet as pie to my face. So Babane confronted her and said she was no better than a nasty little weasel.”
That actually does sound like Babane – when you get on her bad side.
“The Weasel was incensed, of course,” mom goes on, “but the years went by and then slowly but surely, she didn’t have anything to complain about, so she quit her whining – and now her disgusting niceness is real.”
“So are you saying she’s normal now?”
“Yes, yes, you got me on that one,” mom flashes a quick smile, “but what’s important is how the acting starts to erase the truth it has covered over – sooner or later the disgustingly nice act is all that’s left.”
I can actually kind of see the truth in what she’s saying there – I myself have never heard the Weasel complain about us. Almost as if it got boring because we didn’t blow up or get into it with her.
“So you see how acting on purpose is ‘not nothing’ – it’s something.”
This is classic mom – big jump with no warning.
“Mom, now you’ve lost me.”
“You know: It’s a double negative. We’re all acting to greater or lesser degrees and this covers over what we really want to do – and, depending on how regularly and seriously we get roped into this acting, that’s how much our real selves are erased. But if you consciously act over these unconscious acts, you’re really negating the act.”
I wasn’t actually dizzy when I wrote that part about being dizzy a couple of pages ago, but now I am.
“So you want me to pretend to miss a man I never met?”
“Yes. I think if you did, you’d give your emotions a space they could fill.”
“So, hair pulling? Wailing? What would you like?”
“Let’s start with me telling you about your father and you writing it down.”
This is the horribly disconcerting thing about my mother – you think you’re the one to set up a day to talk about dad but then she says something like this and you begin to wonder whether it wasn’t all her idea. It’s like she’s going fishing and you are both the bait and the fish. Makes it hard to get away.
“Mom—”
“Why don’t you have a bite to eat before we get down to it?”

​            Fourteen hours have passed. Where are this mother and daughter now?
One must be lying awake in the guest bed next door at her mother-in-law’s. And the girl is somewhere over Greenland in an airplane.
The living room is still full of the smell of their last Turkish coffee. The moon shines through the glass door, illuminates the writing in this notebook.
She has only written on one side of every page, leaving the left page blank.
Why are you writing in that very space now? you may well ask.
I don’t know. There’s more to be said.
Who will open this notebook again? And when?
This, too, I don’t know. But I’m certain someone will. The girl knows there are blanks in the story, empty pages that must be filled in.
At three a.m., like a burglar in the night?
Yes.
It seems too little too late.
When she was four or five years old, I remember this girl would scream at the top of her lungs if the word ‘father’ was even said. What could her mother and grandmother do? They closed the subject up as tight as a jar of pickles.
But now she has opened that jar.
Yes, they have spent the day prying it open together. Yet there are blank pages left. Holes. Who else will fill these holes if not me?